Early Adopters come from all sectors of society and they crossover to many differing types of products and processes. By leading with their need to know about new things in the marketplace, Early Adopters fuel the various emerging markets and social movements when there is little other traction to glom onto change. 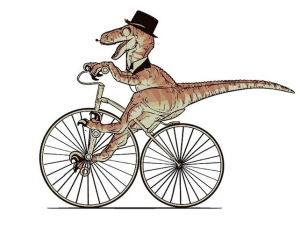 Let’s face it, change is difficult for many, if not most. In general, we tend to settle in comfortably to the ways we know; to the products we are comfortable with, to the habits we have formed and to the information we have accumulated. Early Adopters are different. Early Adopters are usually not only open to change, they actively seek it out in order to be among the first involved with it thereby gaining the advantage that being first-in affords them.

Most of us like to think of ourselves as avant-garde Early Adopters because we, in delusion, think we are leader-like. Otherwise, we would have to be follower-like, and that just doesn’t feel as good. Whereas the truth of the matter is that Early Adopters are a very small segment of the consumer class – important, but small compered to the overall market.

When I say they are important, I mean they are important to all of us, not just the manufacturers. Without Early Adopters manufacturers of new items and new technology would never be able to reach the opportunity of developing a bigger, even global market. And we, the masses in the ‘follower-like’ crowd, would miss out on the personal benefit afforded by the new product/technology – and so it is with e-bikes.

So here’s an observation. After spending the last six months in the bike and e-bike retail business (you know, where the rubber actually hits the road), I can, with great confidence, predict that the end of the e-bike fad is quickly approaching. Now get ready for the full-on dawn of a new ‘e’ era where e-bikes will arguably be the most important vehicle in the transition to that more idyllic, low emission society we need badly.

Boldly (I like to think), I predict an explosion of e-bike adoption in the coming year. As more and more people test ride them, love them and buy them, they tell friends and family, and in turn, they get interested and follow up with their own test ride and acquisition. This (bold) prediction is made from observing and interacting with the e-bike inquisitiveness that is mounting every week. E-bike critical mass is building.

And so we all need to tip our collective hats to the Early Adopters who have coaxed along the e-bike to this point, a point where it is on display as an obvious advantage to riders while at the same time being infinitely more gentle on our environment. And while out hats are doffed, let’s not forget all the manufacturers who have invested mightily in the power of electricity to help propel two wheels.

Let’s all enthusiastically tip our hats to a better future – to the future of transportation and the fun that’s here today with e-bikes.