It started as a ripple about 3-4 years ago. Last year the ripple grew, and with the growing size of the wave, we wondered if it would sustain or subside. With the start of 2018, we’re witnessing the wave grow, and the news from off-shore suggests it’s going to be a tsunami!

Evidence of what our e-bike future will look like is very much on display in Europe now. There the wave has settled in and they are awash in the e-bike movement. Germany leads the way with 720,000 e-bikes sold in 2017 – an increase of 19% from 2016, however other countries like France, England, The Netherlands, Switzerland, Italy, Austria and many more are also witnessing the transition to a more ‘e’-based transportation and leisure-time society. 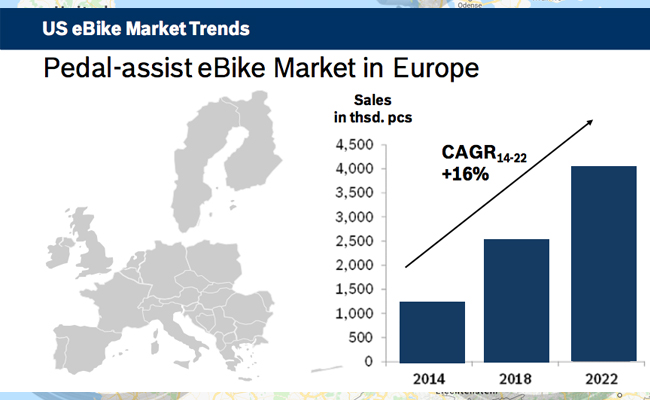 One of the major projected growth sectors is e-mountain bikes which, because of special technical needs, is driving the development of a new battery technology; Nickel Cobalt Aluminum (NCA). This technology promises a battery with 30% more capacity in the same dimensions and weight, or 30% smaller and lighter. Of course, this will have trickle-down effects for the rest of the burgeoning electric vehicle market.

The continuing rise in popularity for e-bikes here is felt very directly in our shops with people coming or calling in daily inquiring about them. Usually those who come in for the first time are pleasantly surprised with the number of e-bikes we have available. Invariably though, it narrows down to one or two models that appeals to them and fulfils the riding goals they want to achieve.

One of our favourite things to do is chat about e-bikes with customers who are in the shop waiting for service on their regular bikes, and suggest they test ride one. Invariably they are delighted with the experience and it leads to conversations usually based on who in their lives might be able to use one. Sometimes, it turns that customer themselves into an e-bike owner.

Last Saturday, Chris, a new customer, came in with his wife (Brenda) to get her a bike. While waiting for a bike to be prepped for her to test, he took a few laps on an e-bike. Yesterday he returned with the regular bike he bought from us a few days previously, and purchased one of our high quality e-bikes instead. He and Brenda own a thriving business together and he wanted to use his bike for sales calls as well as leisure outings together. Once having taken one for a ride, he knew immediately that an e-bike was part of his (and perhaps Brenda’s) future.

Yesterday, another couple came in for the first time inquiring about e-bikes saying he wanted to get back into exercise, and was considering an e-bike since he was once an avid cyclist. Earlier in the day, I had read an interesting article discussing a health study that was done regarding people diagnosed with Type 2 Diabetes*, and it came up in our conversation. The study found direct disease-fighting benefits from the use of e-bikes as a form of enjoyable, regular, on-going exercise. Tim confided that was his exact situation and why he was in the shop checking them out and learning about them firsthand. No doubt, Tim represents many in Ontario dealing with the same condition, and e-bikes may be helpful for them as well. 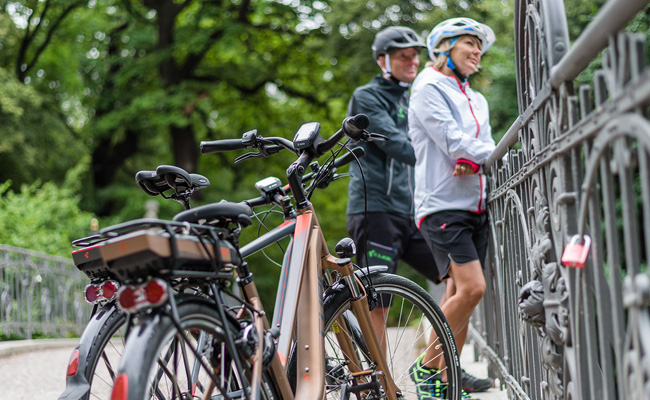 These two stories reflect a couple of other groups who can reap the rewards from having an bike in their lives. It will be interesting to see how the rest of the 2018 season unfolds in the bike market, but all indications tell us it will continue to grow rapidly.

The little wave we started splashing around in 5 years ago with our first investment in e-bikes has made us market-ready allowing us to ride the growing size of the e-wave. ! !!

See you out there!!